In the middle of Hiiumaa’s best blueberry forest is the Chapel of the Prophet Elijah at Malvaste.

It is difficult to find this little chapel; one can simply drive past it unnoticing towards Tahkuna fire tower. But in the middle of a pine forest on the edge of Malvaste cemetery, there is a unique little church of round logs with a rye thatch roof.

The construction of the Chapel of the Prophet Elijah at Malvaste was accomplished in 1925 and was apparently associated with the founding of an Orthodox cemetery in Malvaste village. The church building was assembled of timber from the general store at Puski; the construction foreman was Peeter Holm. The tip of the bell tower was adorned with a pine cross fashioned by the forester Peeter Leiger.

The chapel in its present form was restored in 2008 by Juhan Kilumets and Rändmeister Co. The thatched roof was returned to its original beauty by Siim Sooster. In summer of 2011, congregation members built an ambon, an altar and an iconostasis for the chapel and installed icons. On July 20th of the same year, the feast day of the holy prophet Elijah, His Eminence Stefanus, Metropolitan of the Orthodox Church of Estonia, together with the congregation, consecrated the chapel as a sanctuary: saints’ relics were placed in the altar, and the church was anointed with holy myrrh.

The chapel’s bell tower was also refurbished, and Taavi Stomm’s fine workmen lifted the big bell into the tower.

Let us pray to the Lord: Bless these bells, that anyone who hears them by day or by night might awaken to praise Your holy name. Amen.

Thus the priest of the congregation, together with the members, blessed the church bells of the Chapel of the Prophet Elijah at Malvaste on the last Saturday in November, 2012.

The Chapel of the Prophet Elijah at Malvaste 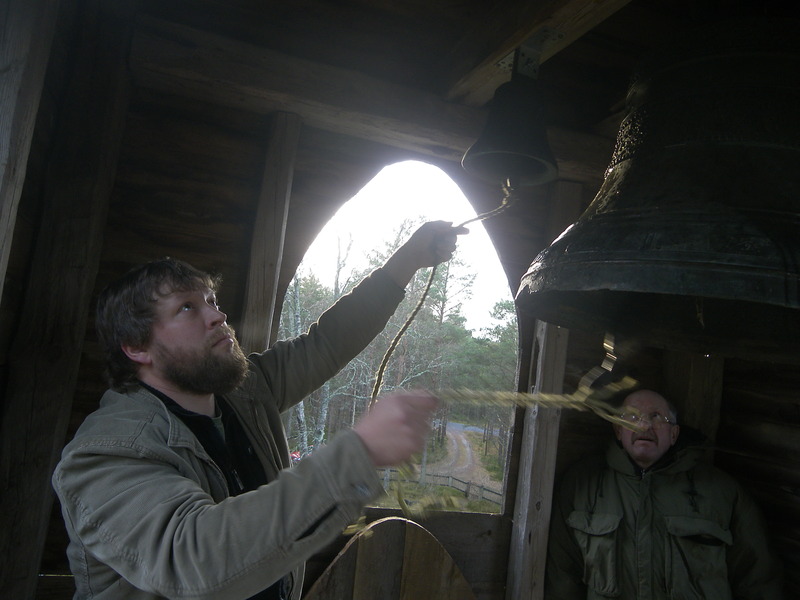 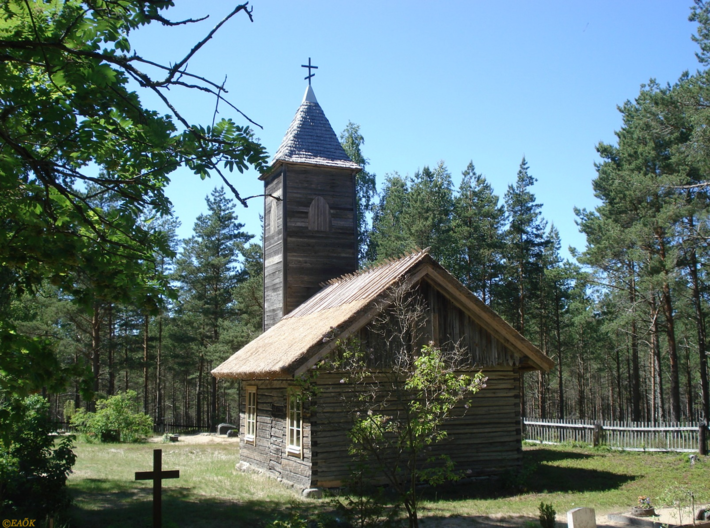 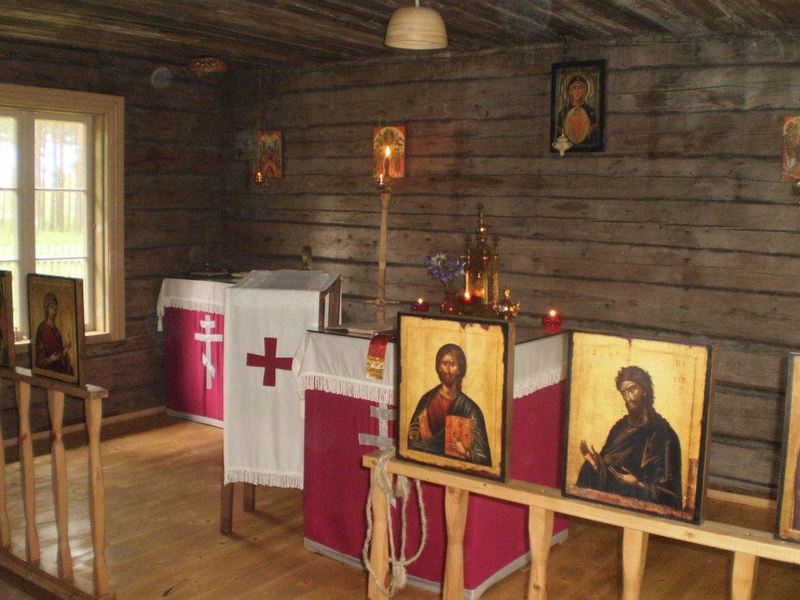